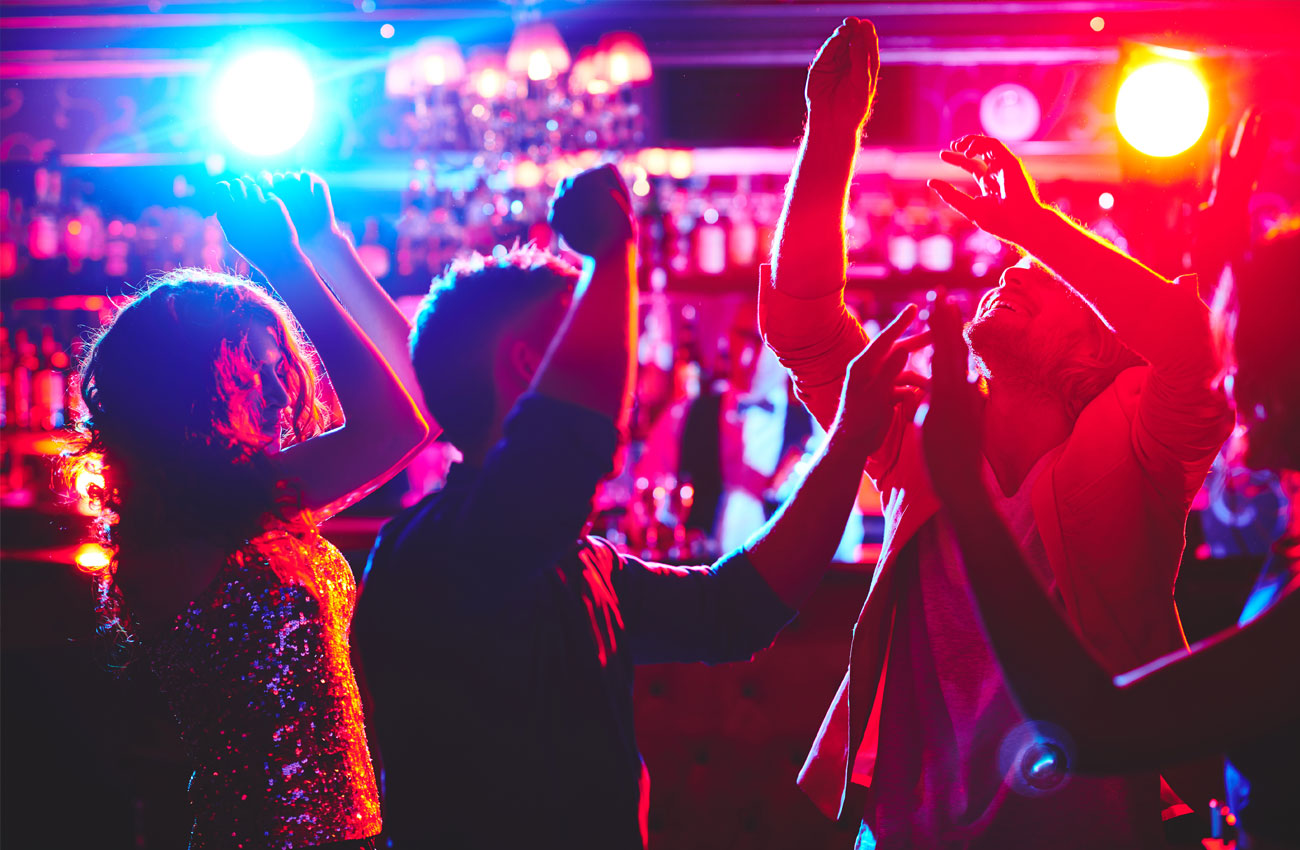 You are in Tenerife with your friends, your family or your partner and you all want to go out and explore the lively and fun nightlife of the island. It is understandable when you take into account that Tenerife has been called the island of eternal spring thanks to the pleasant temperatures of its subtropical climate. And there’s nothing that makes you want to party more than a Caribbean atmosphere just a stone’s throw from Europe.

The most important thing is to be clear about where you need to go in Tenerife to enjoy a night out. If you imagine a map that marks all the nightlife spots on the island, you will quickly realize that there are two epicenters. On the one hand there is the southwestern coast of Tenerife, between the municipalities of Adeje and Arona, where the greatest amount of bars, clubs, pubs, lounges and street terraces are located. This is the favorite of tourists.

On the other hand, there are three large hotspots around the characteristic ‘horn’ of land in the north-east of the island: Santa Cruz de Tenerife the capital and the municipalities of La Laguna and Puerto de la Cruz, which must not be outdone when it’s about nightlife.

Party Club in the south of Tenerife

Costa Adeje: In recent years, the coast of the municipality of Adeje, known as Costa Adeje, has done a lot to develop what it has to offer in terms of hospitality, creating a multitude of bars, restaurants, hotels and leisure options. Along the promenade that separates Torviscas beach from the Puerto Colón sailing club, countless beach bars and cocktail bars are grouped together, perfect for a relaxing start to the evening. The Club Beach Club and Otelo2 are just two suggestions.

But if you are looking for a dance floor in Costa Adeje, you will need to get away from the water. On the Avenida Francisco Ucelay Sabina, for example, is the Achamán Discopub, a famous nightlife club in Tenerife, where you will always listen to Latin rhythms.

Playa de las Américas: The coastal area of ​​Arona, located south of the Costa Adeje, has become particularly famous for two reasons: it is the gateway to the island of La Gomera and is also home to the main tourist centers of the island. One of these hotspots is known as Playa de las Américas. Away from the shoreline you will find parties that last twenty-four hours a day, with neon lights shining and pumping music.

The Las Verónicas strip, a series of shopping centers located along Avenida Rafael Puig Lluvina, hosts up to 50 establishments, including discos and pubs. On the north corner, Papagayo Beach Club is a chill out club with white walls and a classic structure. Every weekend it welcomes the hottest DJs. In addition, during the day it has a restaurant with a terrace with a priceless view of the sunset over El Hierro, La Palma and La Gomera.

A few meters away, Tramps Tenerife claims to be the king of clubs. Inside the Starco shopping center, this club attracts an international audience and, every weekend, pays homage to house, rock and pop music in its different rooms.

Los Cristianos: The last large tourist nest on the southern coast of Tenerife is 3 kilometers from the one mentioned above. Together, these three cities, Costa Adeje, Las Américas and Los Cristianos, attract around 5 million visitors a year.

With a distinctive family vibe, the Safari Mall is a modern, elegant open-air complex with many clothing stores and a variety of restaurants. In this regard, if you want to fill your stomach before a night out, around the central square, presided over by a fountain with lights and music, there are many restaurants. Empire Modern British Restaurant & Steak House and Imperial Tai-pan are just two of them.

Located in front of the Playa de las Vistas beach, is the San Telmo shopping center, a little less crowded than the others. There are many music venues spread over its four floors. They tend to specialize in rock and reggae, but Latin music is the real queen here. It’s a great place for a bar crawl. For example, you could start at Casa Blanca, where all kinds of music are played, and then skip to Punta Cana, which focuses on electronic music.

Party Clubs in the north of Tenerife

Santa Cruz de Tenerife: The island’s capital is one of the best options for a night out in the north of Tenerife. In particular, the area around the pedestrianized Calle de La Noria, currently renamed Calle Antonio Domínguez Alfonso, is where you’ll find the most action. Here, the same bars and restaurants that serve tapas during the day turn into clubs when night falls. The most famous are Mojos y Mojitos and Los Reunidos Tapas y Copas, two places perfect for the transition period between day and night.

La Laguna: The city of San Cristóbal de La Laguna, popularly known as La Laguna, was, during the times of the Castilian conquest, the first capital of the island. Although the loss of capital status has meant that it is no longer the center of political and economic power, what La Laguna has to offer these days is a healthy and thriving nightlife. The University, the first founded in the Canary Islands, has made a great contribution to this, as the city has a unique student atmosphere in Tenerife.

El Cuadrilátero, one of the main party clubs, is made up of a cluster of downtown alleys that are home to more than 100 bars and restaurants. There is a concentration of bars and pubs which attract a predominantly young clients on the weekends. Some of the more classic spots in the area include La Herradura (Plaza Víctor Zurita Soler), a popular brewery open until 3:00 am; or the Blues Bar (Calle Dr. Zamenhoff, 9), an alternative venue with blues and songwriters concerts, as well as occasional theatrical performances and art exhibitions.

Puerto de la Cruz: Nobody really knows when the Latin atmosphere took over in the nights of Puerto de la Cruz (internal link). But ever since, this town, located in the heart of the La Orotava valley, has attracted a diverse crowd. Azúcar (Calle de Obispo Pérez Cáceres, 2) attracts those who want to dance bachata and salsa, while Mansion Lounge & Music (Calle Iriarte, 10) plays music of all genres, from electronic music to rock and pop.

Meanwhile, Avenida Familia Betancourt y Molina is where you will find many gay bars, such as Anderson or Tabasco, and clubs, such as Vampis.

And if you’re not just looking for music and drinks, at 12 Calle Blanco, Blanco Bar also organizes parties, concerts, cabaret nights and exhibitions, among other activities. 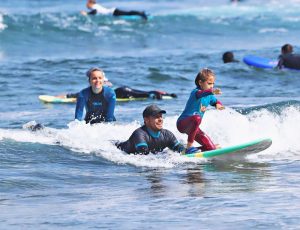 Shaka Surf Tenerife has everything you need for your surf course and for your out of your ordinary holiday! You can also rent surfboards, bodyboard, Sup and wetsuite with us if you want to surf or do sup on your own

Make a splash with WaveRide, designed for everyone passionate about all things surfing.